According to the PHAB Extraordinary General Meeting (EGM) held on 21 December 2019 it has been decided that new Members (General and Life) will be enrolled online. The existing General Members whose membership tenure has been for more than one year need to renew their membership as well.

According to the PHAB Constitution, any person fulfilling the criteria of the general membership can be enrolled by paying Tk. 100/- only and Life Member by paying Tk. 1,500/- only. This membership announcement will remain open until 8 January 2020 to be eligible to become a voter in the upcoming AGM and EC election of PHAB to be held on 8 February 2020. After 8 January 2020, anybody becoming a Member (General or Life) will be able to attend the AGM but will not be able to cast vote in the upcoming EC elections.

About a month back when efforts were initiated to revive PHAB at that time an announcement for new membership was made to become General Member by paying Tk. 500/- and Tk. 5,000/- for Life Membership. After that announcement seventy-two (72) persons were enrolled as General Member by paying Tk. 500/- each as membership fee. Nobody was enrolled as a Life Member. For these new General Members Tk. 100/- will be considered as the General Membership fee and their remaining Tk. 400/- will be requested to be considered as a donation to PHAB or they can pay additional money of Tk. 1,000/- and become Life Member.

PHAB is seeking an apology for creating a misunderstanding while enrolling recently the new General Members.

To become a member of the Public Health Association of Bangladesh, please fill in this Google form. 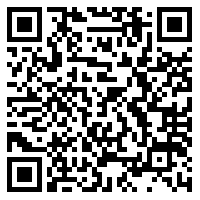 Scan the QR code to get the membership form