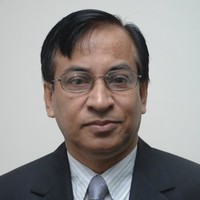 Md. Humayun Kabir started his career in Bangladesh Civil Service and served in different ministries in different capacities from 1981 to March 2013. He has served as Managing Director, Shadharan Bima

Corporation, Secretary, Election Commission Secretariat, and Senior Secretary, Ministry of Health and Family Welfare, Government of Bangladesh before retirement. After retiring from government service, he has been providing consulting services. Currently, he is working with Data for Impact (D4I), University of North Carolina at Chapel Hill, USA as Senior Strategic and Technical Advisor, a project supported by USAID.

He has keen interest in public policy and role of modern technologies in government organizations. He facilitated many successful e-government initiatives during his career. His current work involves digital health. He had been engaged in developing and implementing electronic Management Information Systems (eMIS) under the Director General of Family Planning, which began as a pilot in 2015 and later scaled up and now being used in 36 districts across the country.